"Encouraged by the positive feedback of Didgeridoo Solo, I decided to begin working on Didgeridoo Solo II. The recording of this album took 11 long months and during that time I kept changing and discarding hundreds of different versions of each track. If my first CD were about my own unique way of using the Didgeridoo as a rhythmical instrument, then Didgeridoo Solo II is all about using it to create songs. The use of vocal elements is something that I have been exploring and focusing on increasingly since Didgeridoo Solo. Also, I am beginning to use longer and longer Didgeridoos, some as low as D# one octave lower than normal, and I know that I can play in even lower keys." 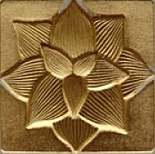